Two of our most widely distributed trees in the UK are Blackthorn and Hawthorn. Along with other species like brambles and gorse, they are key constituents of a habitat known as ‘thorny scrub’.

Thorny scrub did not have a good time of it in the 20th century. Largely seen as a waste of space and an impediment to agricultural efficiency it was cleared, sprayed and burned into submission across huge areas, especially in the latter half of the century. Thankfully, attitudes towards this habitat are slowly becoming more enlightened, in part due to the work of prominent nature writers such as James Rebanks, Isabella Tree and Benedict MacDonald.

Back when the UK’s land was comprised of more ‘natural’ habitats, our landscapes would have been engaged in merry dance as grassland, woodland and scrubland competed with each other for space. Large herbivores would have browsed or trampled small trees, favouring open meadows and other grass dominated habitats. But where thorny scrub became established, its barbed defences would have deterred grazing animals, allowing trees to establish in amongst the scrub. It is for this reason that there is the ancient English saying: “the thorn is the mother of the oak”. High forest tree species needed the protection of their scrubby chaperones!

In time, these high forest tree species would have grown taller than the scrub that surrounded them and shaded it out in places, with the resulting habitat becoming an ever-shifting mosaic of woodland, grassland and thorny scrub known as ‘wood pasture’. Pockets of wood pasture can still be found in places like the New Forest national park, where it remains some of the UK’s most biodiverse habitat, with its ecology turbo-charged by the dynamic interactions of trees, large herbivores and thorny scrub.

The modern disparagement of thorny scrub is all the more surprising given that species like blackthorn and hawthorn are the typical trees planted for hedgerows. In fact, hedgerows are best thought of as arteries of thorny scrub weaving across our agricultural landscapes. Their benefits for wildlife are well known, and their continued loss as farms merge into ever-bigger units is rightly lamented by conservationists. For whatever reason, hedgerows seem more tolerable for most Brits than their wild growing cousins. This is probably due to hedges being neat, tightly managed and orderly to look at, which appeases our British predilection for tidiness and control.

Regardless of our preferences, wild and unmanaged thorny scrub is vital for our wildlife. Blackthorn, like all its cherry cousins, flowers early in the spring, before its leaves have emerged. In the UK, this typically happens in April, and its small yellow-white flowers are a vital source of nectar for our pollinating insects. Come May and the Hawthorn takes over, with its attractive white or pale pink blossom being responsible for it’s local name of ‘May Tree’.

On both trees these flowers go onto become berries in the autumn, providing food for a variety of birds and mammals, including us humans! Hawthorn berries (called haws) are often made into jellies or preserves and, increasingly, are also being used for their medicinal properties. Blackthorn berries are known as sloes, and will be familiar to anyone who has made or drunk sloe gin. 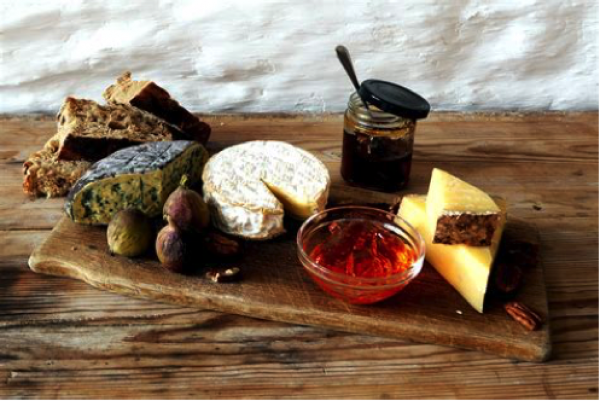 Hawthorn jelly is often made to be eaten with cheeses 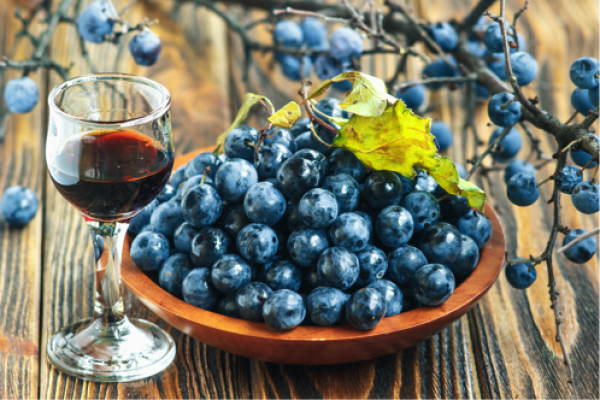 Sloe gin is a popular drink, normally consumed in the winter months

It isn’t all good news with blackthorn, though. If you prick your finger on one of the tree’s enormous thorns you can get ‘blackthorn poisoning’, which causes infection, swelling and joint pain. It was for this reason that early Christians used to believe blackthorn was the devil’s tree, and that those who worshipped him would have their fingers pricked by its satanic spines.

Lucifer aside, there is plenty to admire and respect about these two hardy native species. If you’re out and about in the countryside over the next few weeks, take some time to admire the attractive blossom of the UK’s many Hawthorns, our very own May trees. 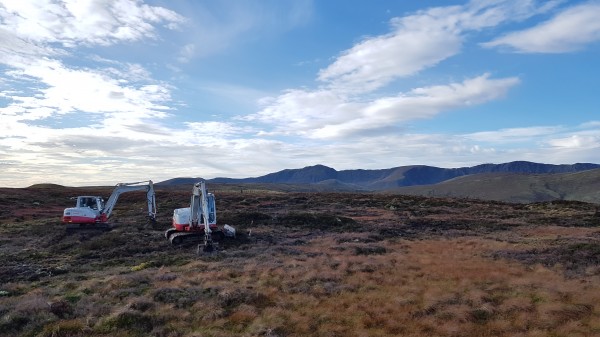 A peatland restoration project on the edge of the Snowdonia National Park is the first of its kind.