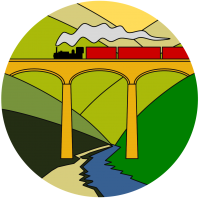 The Talyllyn Railway is the first preserved railway in the world, known affectionately as ‘The Railway with a Heart of Gold’.  It was over 150 years ago, in 1865, that the line opened and in 1951 the Preservation Society was born to take over the Railway after the death of the owner Sir Haydn Jones. The heritage steam engines transport passengers from Tywyn, the coastal town on the edge of the Snowdonia National Park, to Nant Gwernol in the mountains above Abergynolwyn.

Breckenhill is a small woodland creation project on land formerly used for grazing livestock. A large number of native species has been planted to maximise the benefit of the woodland for local wildlife and biodiversity. Northern Ireland is one of the least forested countries in Europe, with native... Read more
Terms & Conditions Privacy
ne-web Ltd.