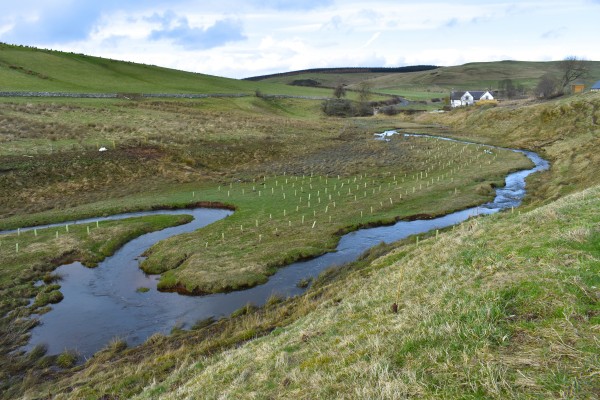 The Carbon Club's latest project is in the Scottish Borders, and is Forest Carbon's sixteenth woodland creation in partnership with the Tweed Forum. While Scotland as a whole has only 4% of its land covered by native forest the figure is even lower in the south of the country. Such a fragmented distribution leads to losses in woodland biodiversity and also reduces the ability of trees to provide ecosystem services such as flood mitigation and soil retention at a landscape-scale.

Swinside Mill will be a predominantly native woodland, with over 80% of the trees being indigenous species. As such, it will form an important refuge for local wildlife and provide a new larder for some of our seasonal visitors, including birds like fieldfares and redwings. By flanking several watercourses across the site, the new woodland will also have riparian benefits – stabilising the stream banks to prevent soil erosion, reducing run-off pollution, and depositing leaf litter into the water for invertebrates to feast on further down the river.

At a landscape level the trees at Swinside Mill will help to increase the connectivity of forest habitats in the highly denuded Scottish Borders as well as provide some scenic variety for people living nearby. The most numerous species will be oak, with nearly 6,000 individual saplings due to be planted across the site’s 14-hectares. One day, decades from now, when these young oak trees are still growing fast, they may shelter woodland flowers like bluebells beneath their canopy, and provide autumn acorns for squirrels and jays – nature’s foresters - to bury far and wide. 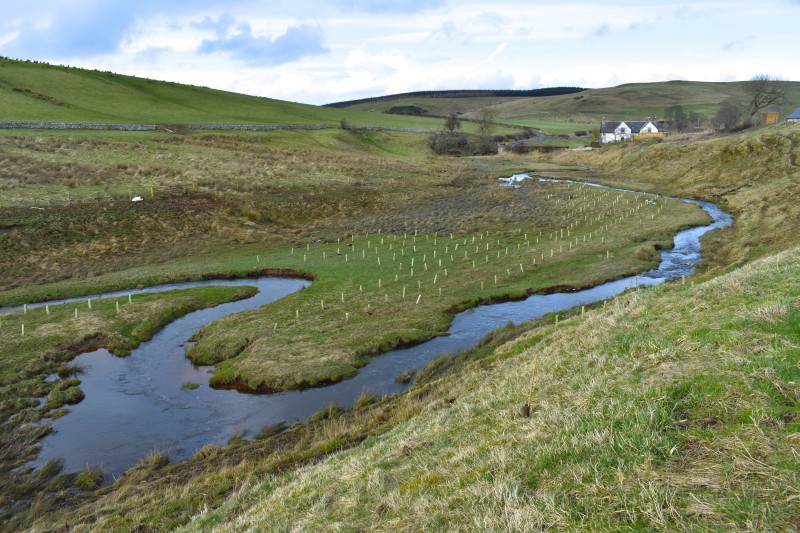