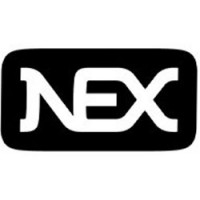 This planting at Cranborne, Dorset, aims to recreate the forest that stood on this site up to the 17th Century and the site will revert to its former name - Haywood.  The woodland will be a productive one, managed to the very highest standards of continuous cover forestry. The planting and management plan will produce irregular stands where eventual removals are linked to timber increment. Regeneration will occur continuously throughout the stands, normally by natural means. Removals will be on an individual basis and no clear felling will ever take place. Management of a woodland in this way ensures that optimal timber production and carbon capture takes place, whilst allowing the correct conditions for regeneration and the  progressive recruitment of smaller stems into the main stand. In  addition to this, most of the timber removed will end up in harvested  wood products, meaning that the carbon captured will remain locked up  long after a tree has left the forest, and meantime new carbon is being  captured in its place. Forest Management is certificated under Forestry Stewardship Council UK Woodland Assurance Scheme, which assures the sustainability and biodiversity aspects of the woodland, amongst other aspects.