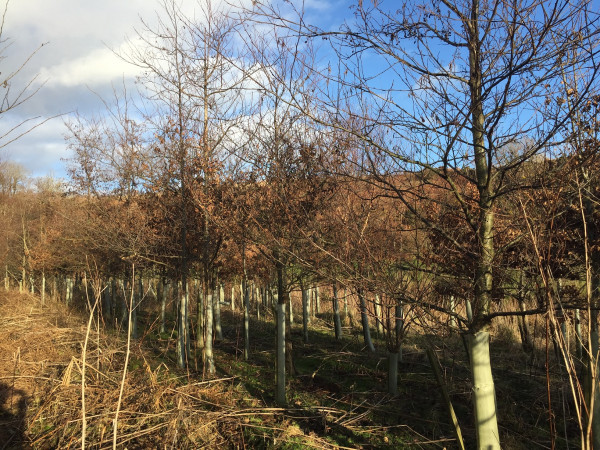 The Green Insurance Company at Milton of Mathers

The woodland is situated in two small valleys or dens, which meet on the coast at Milton of Mathers, with the southern den being called the Den of Lauriston and the northern den being called the Denfinella. Part of the scheme is a Site of Special Scientific Interest (SSSI). Scottish Natural Heritage has described the ground flora within this woodland as ‘luxuriant in which ferns and tall herb communities predominate’. The SSSI woodland is found within a steep gorge which is extremely difficult to access. No active management is being undertaken here but the establishment of native trees on the adjacent agricultural land can only benefit the SSSI woodland.

The following environmental benefits will accrue:

There are a number of long term objectives for the SSSI, these being:

Lauriston Den contains the remains of an old mill and lade. This area has been kept free of planting. Denfinella contains a substantial disused railway Viaduct. The planting does not affect this.

The project was the first ever to become certified under the Woodland Carbon Code, in 2011, and underwent its scheduled re-certification in 2017 (when the photo to the right was taken). 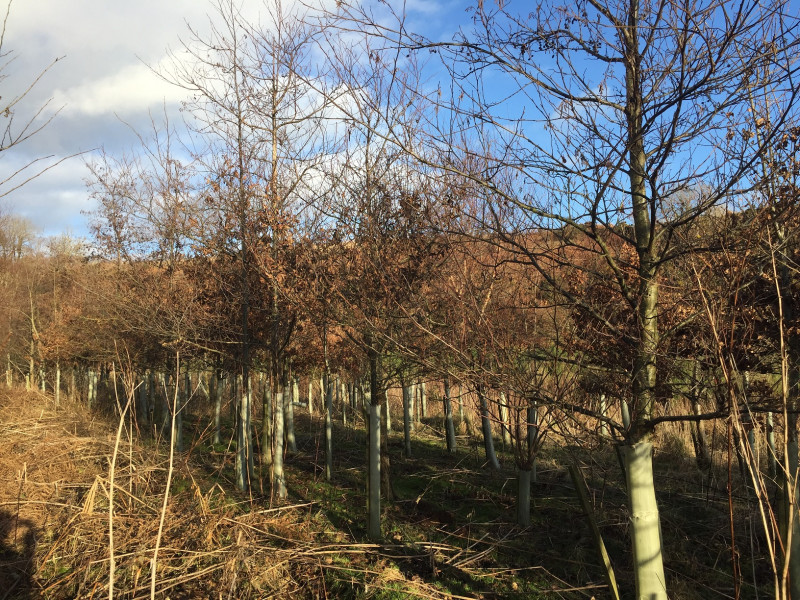 The Green Insurance Company at Milton of Mathers