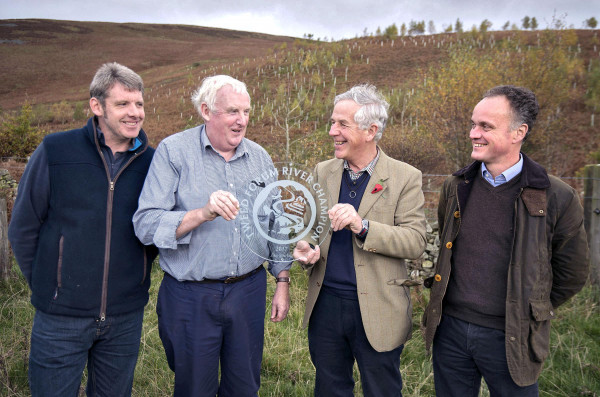 The Fuel Card Company at Crookston

This project is another in Forest Carbon's partnership with the Tweed  Forum - aimed at not only reducing CO2 but also mitigating flooding and  improving water quality in the Tweed catchment.

In  September 2008 and July 2009 prolonged and intense rainfall caused  major flooding in the north-east Cheviots, on the Scottish/English  border, with significant damage to infrastructure, agriculture, woodland  and communities as far south as Morpeth. A review was commissioned by  the Tweed Forum – a charitable body, backed by a broad public and  private membership, with a brief to co-ordinate actions that lead to the  sustainable management of the river and its catchment – into how best  to prevent and ameliorate the recurrence of such events. The River Till  and its tributaries, all in turn flowing into the Tweed, were the worst  affected by the floods and the planting that has been carried out at  Crookston is part of the solution identified for those tributaries. There  is a considerable body of practical knowledge and research evidence  pointing to riparian woodlands as an effective means of flood  management, through the following means:

By reducing the amount of water reaching the watercourses, and  then lengthening the period over which the surge of water is delivered  to a watercourse, flooding is either prevented altogether or reduced.  Upstream flood management is also very cost-effective – removing the  need for difficult to implement flood protection, or the expensive  consequences of flooding, in urban areas.

In the photo to the right are centre left land owner Jim Sinclair, and centre right James Hepburne Scott of Forest Carbon. 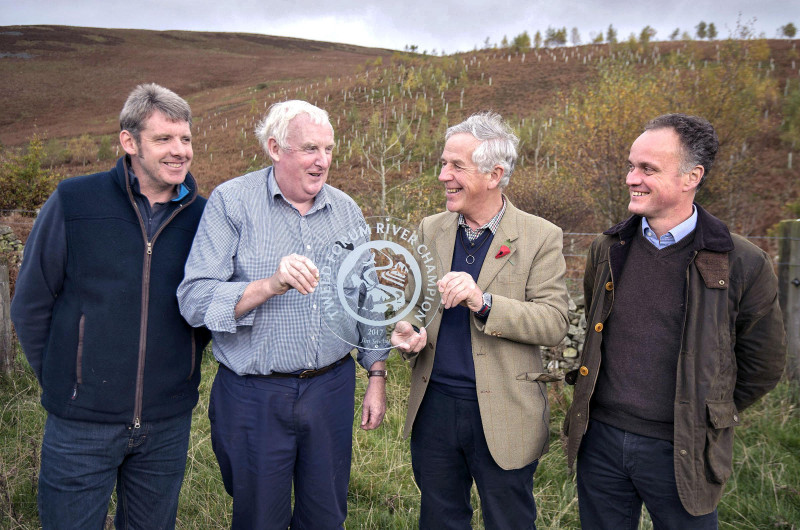 The Fuel Card Company at Crookston