The Peatland Code is the certification standard for peatland restoration in the UK.  Registering a project under the code provides assurance that greenhouse gas (GHG) mitigation claims are validated and verified by an independent body. The code safeguards the integrity of its project’s carbon credits and, through the generation and sale of these units, provides land managers undertaking peatland restoration with a source of revenue.

The Peatland Code was set-up to help facilitate restoration of the UK’s extensive peatlands, 80% (1) of which are estimated to be in a degraded state. Degraded peatlands are a significant source of GHG emissions, and in the UK alone are contributing 23 million tonnes of CO2e emissions each year (2), almost 3.5% of the country’s total carbon footprint (3). 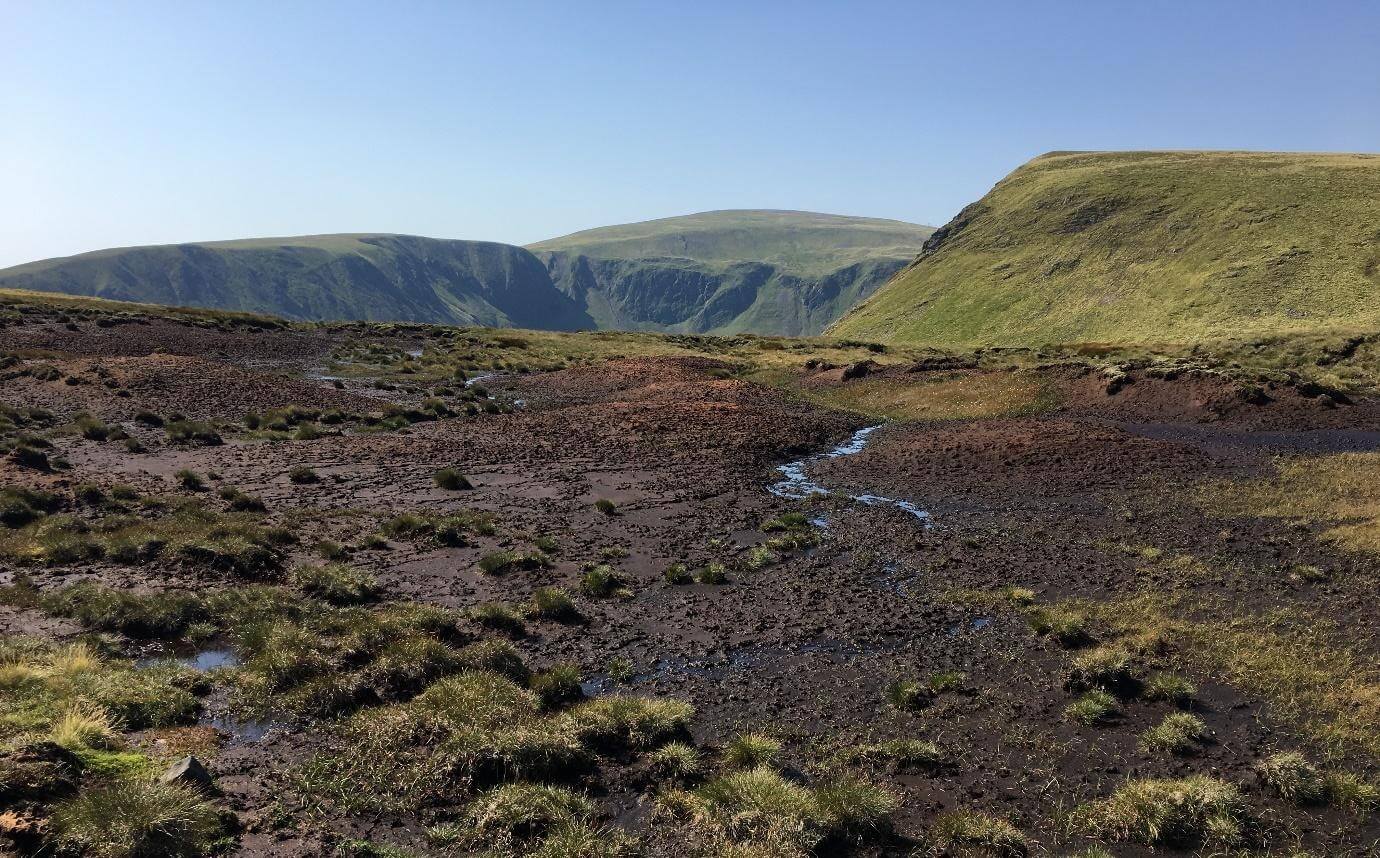 Photograph of a degraded peatland in the Cairngorms National Park, near Glenshee. The bare peat is vulnerable to both oxidation and erosion.

Launched in 2015, the Peatland Code is the product of a huge collaborative effort between multiple parties - including NatureScot, IUCN, DEFRA, Scottish Forestry, Highland and Island Enterprise, the NFU - and us at Forest Carbon. The Peatland code sets out a series of best practice requirements including a standardised method of carbon quantification.

Since the code’s inception, Forest Carbon have developed several peatland restoration projects. These include a scheme at Dryhope, which in September 2018 was the first project to be validated under the Peatland Code. Since then we have developed further projects in Scotland and Wales, two of which have carbon available for purchase: 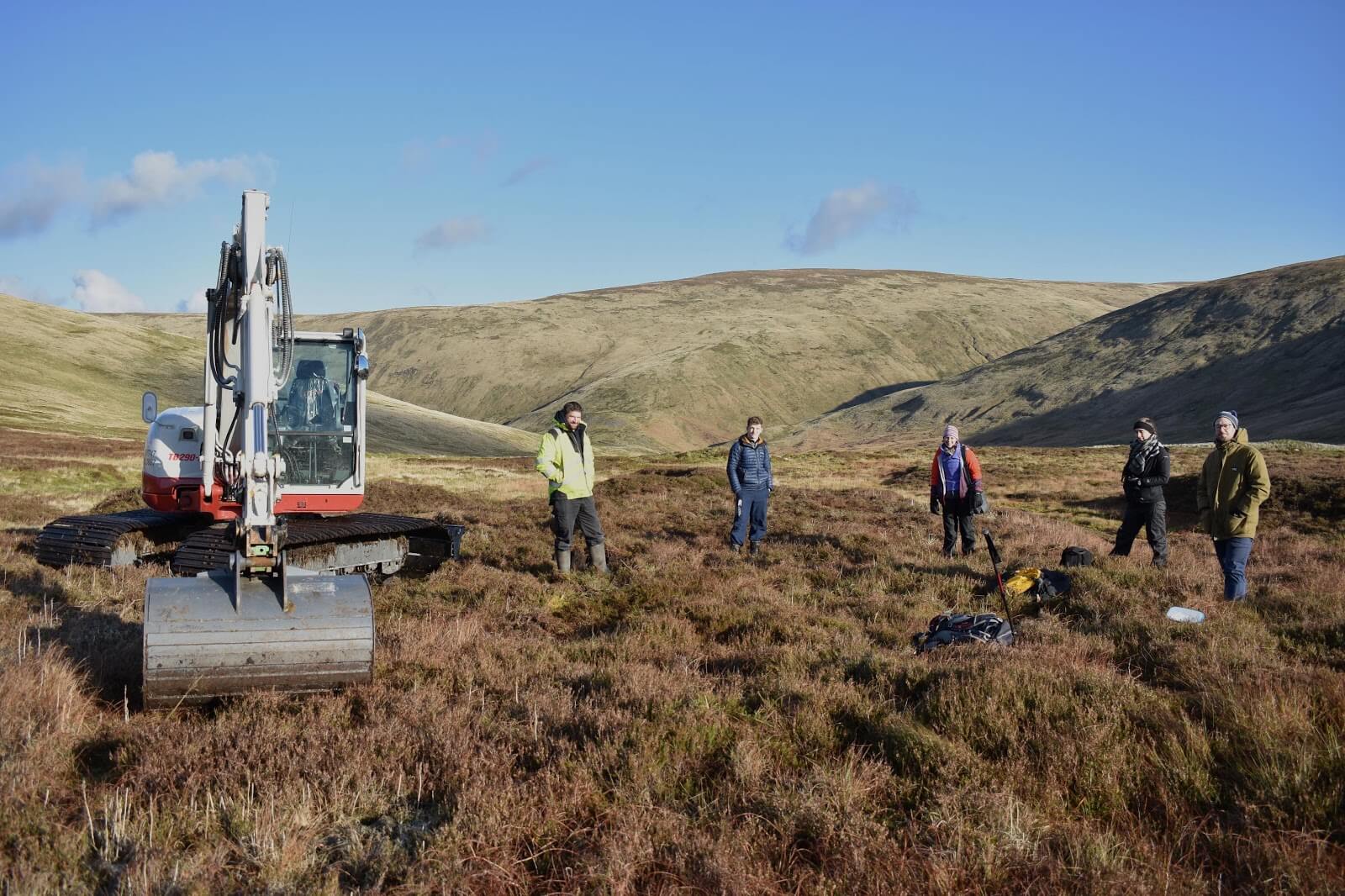 Photograph of the Forest Carbon team out on site at Gameshope Loch, meeting the contractors who delivered the restoration

The Peatland Code has as registry database which provides access to all the validated UK peatland projects.

If you are thinking about restoring peatland, would like to support peatland projects, or simply learn more then get in touch.

Learnings from the Woodland Carbon Code

The Peatland Code follows all the same rules as the Woodland Carbon Code - projects must be additional to business as usual and they must be monitored and re-certified; the carbon calculations should be conservative and based on sound evidence; and emissions reductions should be permanent.

The method for assessing carbon savings differs between trees and peatlands however. With a woodland it is possible to estimate the carbon capture based on things like species mix and location, with peatlands the estimates are based on models that use the condition of the peatland before and after restoration to estimate the emissions reductions. Because of this extensive surveying of a project site is required before work commences.

Forest Carbon leads the way in developing woodland creation and peatland restoration projects for carbon capture and ecosystem services in the UK. We have planted over 10.3 million new trees in 220+ new woodlands since 2006 with our partners removing over 2.1 million tonnes of CO2e from the atmosphere, as well as providing a host of other benefits to society, including habitat creation, biodiversity support, flood mitigation, river ecosystem improvement and public access.

Outside of the UK our partners have offset a further 1 million tonnes CO2 and protected or planted in excess of 3 million trees.